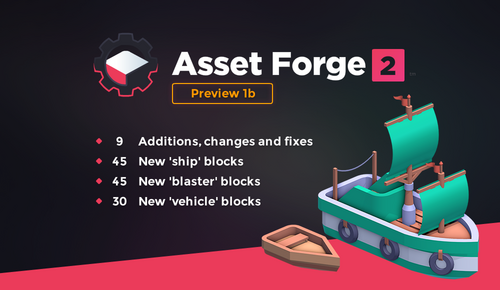 Here's a smaller update for Asset Forge mainly adding new content and fixing some critical bugs. Download the new version using the Itch.io launcher or by going to the store page and downloading version preview-1a.

Please keep reporting bugs and requesting features over at the community.

Create your own 3D models and 2D sprites!

I found the version 2 slower than the version 1 (in Windows), I mean, the menus take a little more time to be highlited after I hover them with the mouse and also the 3d models inside the editor moves in jumps without smothing the movement as in the previous version, that is a little frustrating. The grouping feature is buggied because it makes groups of objects that I don't grouped before (this happens when I am copying and pasting groups).  Finally the movement with the arrow keys is slower than in the version 1 hindering the work.

That's strange, we certainly put in a lot of optimizations over the first version. Have you checked Edit > Preferences to make sure your settings are in line with your computer set-up? The grouping bug is unfortunately a known issue which we are fixing.

1) ring cut function to cut the figure, where I want, to cut it independently from the species figure (3d model) and where on the model wherever there, the user wants to cut the 3d model.
once cut as if it   2   models 3d

9) to make a long story short I ask almost all the functions of BLENDER ONLY IN THE 3D MODELING SIDE, SO THE USERS CAN CREATE MODELS + COMPLEXES WITH VERY EASY, and some screenshoots to give idea to new functions for asset forge 2.0     (I don't know if you will see the screenshots well) 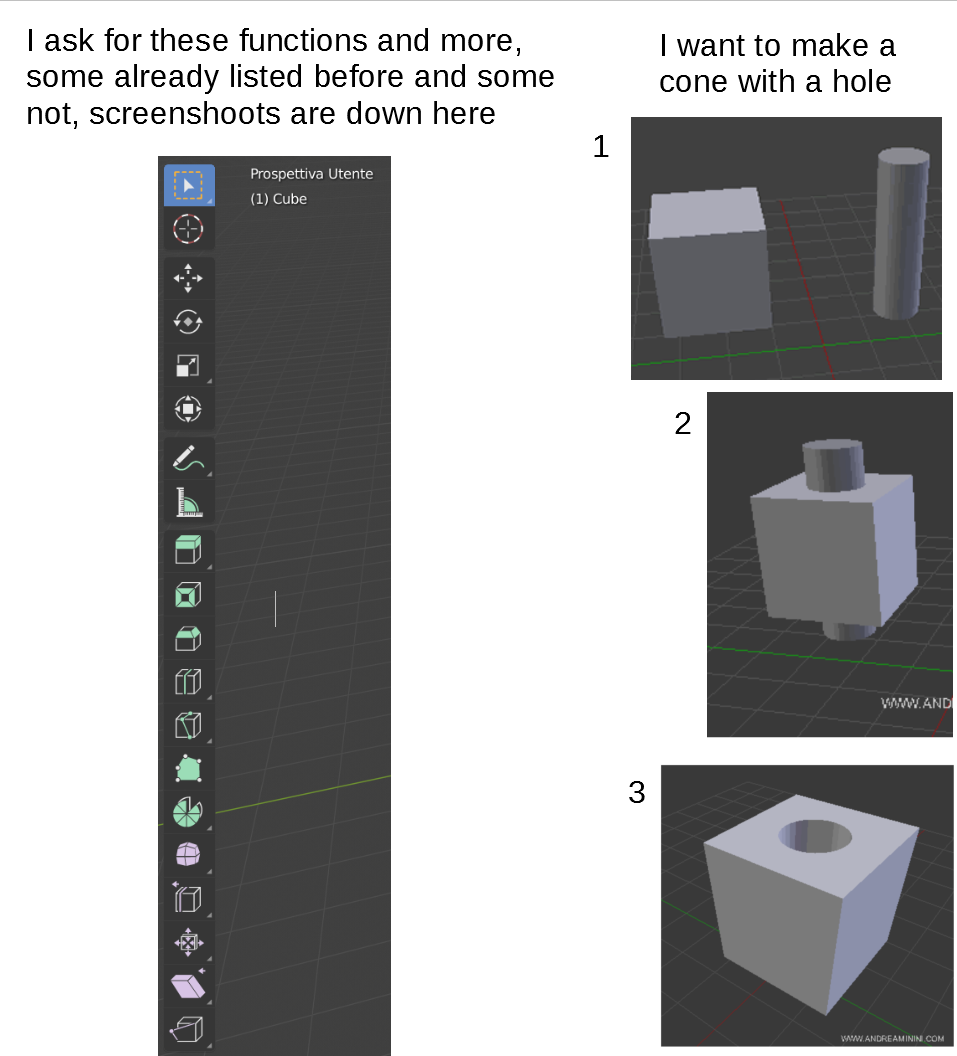 Hey, sorry but these features won't be implemented. Asset Forge is a tool for kitbashing pre-made blocks, if you'd like advanced features like these you're better off using something like Blender - which I'd recommend.

Hey, I recently purchased the software and I love it.  I am a mac user, and I saw that it was updated 2 years ago. Is there any plan to update the mac version as well, as I would love the new features of it

Hopefully quite soon, I am excited to use it for an upcoming project!

+1! This would be awesome - No undo is a kinda a deal breaker right now :(

hi, when can we see the linux release?

I can't give a date for that currently.

is there a way to just have the new blocks in the previous version?
ps: your tool is Amazing, i want to thank you so much. this is a life saver for indie developer. Also i want to thank you for your Amazing free assets (i decided to buy the tool in the first place just to support your work, then i realize it was so impressive)

Likewise a Mac Build for preview1b build would be great please

Can you confirm that there will be a linux release for version 2? Thanks

if we had buy the previous version, can we have the release 2.0 for free or do we have to buy it another time ?..

I bought the Deluxe version, that's why I'm asking ^^'

The 2.0 update is a free upgrade for everyone!

Glad you are back! Got lots of positioning and scaling bugs, but I am loving the new parts. I think I'd prefer a separate move, scale, and rotate widgets though.

Looking forward for the macOS version to test it out 😀

Excited to try out v2 for some more of the same.